A brief internet search of the keyword “quartzite” will itself explain the need for an article entitled “What is Quartzite?”.

There is often confusion among consumers and professionals alike as, quite incorrectly, the terms quartzite and quartz are used interchangeably. They are in fact two different things, but good word of mouth about one or the other of these materials passes as it does from one person to the next, quartzite is shortened to quartz, and the result is that people think they are the same thing. Another contributing factor to the confusion is that retailers sometimes assign a more commercially-recognizable label to quartzite, lumping it in with quartz,  granite or slates, in an effort to simplify their product lines. 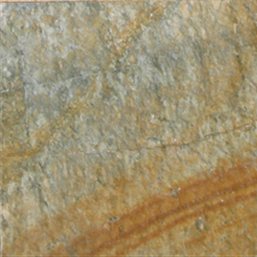 Let’s make sure we differentiate quartz from quartzite. Quartz alone is a mineral of the gemstone world. It varies in color – amethyst likely the most well-known. As an engineered stone, quartz is one ingredient and the other resin. The resin fills in the pores of the quartz and makes it stronger. Quartz is mostly used for countertops, and can be found in MSI’s Q-line of products.

Quartzite, on the other hand, is a truly natural stone that is not filled or mixed with any man-made materials. It is a hard, metamorphic rock that was originally sandstone before heating and compression fused the sand grains together into one rock. Pure quartzite is typically found in shades from white to gray, although the presence of other minerals can result in other colors. For example, the presence of iron oxide can cause quartzite to be pink and even red.

Quartzite is also sometimes confused with granite, a problem contributed by manufacturers or retailers who sell them in the same family. However, granite is an igneous rock . Granite also undergoes one process in its formation and quartzite undergoes two -- the first, the process to create sandstone; the second, the transformation from sandstone into quartzite. Quartzite differs from granite in that it has a large crystal network that is usually more porous than granite, can etch, and is not as hard as granite (though in general, quartzite is very hard – it is even used as railroad ballast).

Quartzite may also be confused with slate – an easy enough misunderstanding, as the overall look and variant texture can be similar. However, with a higher silica content, quartzite has a sparkling texture absent in slates.

MSI offers both quartzite tiles and quartzite countertops. Our most popular color of quartzite is golden white. It is used for flooring, mosaics, and landscaping applications. Its color variation and sparkle, alone or in combination with other stones, metal, or glass, makes for eye-catching mosaics. As landscaping, the fact that it is often harvested from ridges and hilltops that are completely absent of vegetation, proving its tough resistance to weather and wear.

What is quartzite? It’s a beautiful natural stone! It is not quartz, granite, marble, or slate. For more factual details about quartzite, we encourage you to explore www.msisurfaces.com and visit the Natural Stone Council at www.genuinestone.com.

Quartzite Countertops - The New Wonder Of The World?

Are Quartzite And Quartz Countertops The Same Thing?

Quartz Vs. Quartzite - Are They The Same?