Romancing The Stone - The Many Faces Of Natural Limestone

In our previous installment of Romancing the Stone, we discussed the many uses for slate, from writing instruments to whetstones to roofs. Like slate, limestone is a natural stone that is multi-faceted, but not only with respect to its potential – it is a very versatile stone in itself.

Slate and limestone also have water in common, at least when it comes to their formation. Slate is found in the ocean; likewise, limestone is found anywhere an ancient sea existed and can even be comprised entirely of marine fossils. Limestones are sedimentary rocks that form from the layering of silt and organic matter over time. The pressure and heat from the accumulation of layers results in chemical reactions that harden the sediments into solid stone. 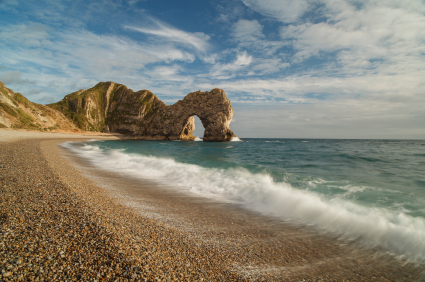 Sometimes limestone is purely calcite from skeletal remains of marine life, but depending upon the nature of the silt (i.e., “impurities” like clay, sand, and iron oxide that may have contributed to its formation), limestone can vary in color, from the predominant grey color of many limestones to browns, yellows, or reds. The presence of carbon in the silt can also make limestone appear blue or black. Also, depending on the methods of formation and the types of deposits that accumulated, limestone can be found in crystalline, clastic (composed of fragments), granular (like sand), or massive slabs. This makes it a highly varied stone useful for many modern applications.

Limestone is typically composed of calcium carbonate, so it is soluble in acid. When crushed, it is soluble in water. As an alkali, it is great for adjusting the pH in a garden for vegetables that prefer less acidic soil. Limestone is also used in the water industry to soften water. It is employed in dyes (it is used to make paper white) and as an additive in paint, as well as in everyday items that we put into our bodies like toothpaste and antacids as a filler. It is also found in many of our favorite foods as a preservative and as a source of calcium, an essential mineral in our diets.

More commonly known uses of limestone are as aggregate or base for roads and foundations and for purification in many industries - to purify steel, to purify molten glass, and even to purify sugar. It is essential in other kinds of manufacturing as well: brake pads and wools for clothing also utilize limestone. One of the most common uses is in the production of Portland cement, which is the most common type of cement in use around the world. Limestone is the basic ingredient for concrete, mortar, stucco, and grout.

Because limestone is found in abundance and is easier to cut in comparison to some other natural stones, as well as because it is long-lasting and resistant to weather fluctuations, it is often found in the manufacture of buildings, either as building blocks or for facades. Limestone City in Canada actually derives its name from the sheer number of buildings made from limestone there! 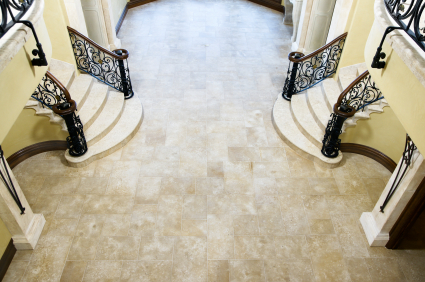 Limestone certainly has many faces, but it finds a spot in our hearts for its uses in indoor and outdoor, commercial and residential applications. Its muted tones, whether polished or honed, are fit for bathrooms, fireplace facings and mantles, countertops, and flooring. (Limestone is very porous, so it doesn’t turn aside stains as easily as some other natural stones; therefore, when it comes to countertops and flooring, it must be finished and sealed properly or placed in areas that are less active.) Limestone slabs and tiles are also suited for landscaping applications in patios and walkways . They are especially eye-catching when defining garden borders, as both a salute to nature and a nod to limestone’s nutritional pedigree.

MSI is one of the largest suppliers of limestone in the U.S.. We offer tiles and slabs in every shade of limestone, including greys, soft beiges, and pinks, and a variety of cuts and finishes. Join us in our next installment of Romancing the Stone for more on versatility – stone mosaics!