M S international, Inc. (" MSI"), the leading North American importer and distributor of natural stone today announced that it has opened a new distribution center in Houston, Texas. The state-of-the-art, 180,000 square foot distribution center and showroom located on over 12 acres will be one of the largest natural stone facilities in the country. The facility is expected to be fully operational beginning June 1st, 2008.

This new distribution centre in addition to one in Dallas, will allow MSI to significantly broaden its inventory of natural stone, porcelain, ceramic and quartz surfaces and better serve its customers in the Southwest region. The new facility adds to MSI's national reach with distribution centers across the country. The branch will be managed by Anil Palasamudrum, a 15-year veteran of the stone industry.

Manu Shah, CEO of MSI, said "with the opening of Houston, MSI will be able to efficiently distribute natural stone products across the important Southwest and Midwest markets. …The new facility will enable MSI to maintain among the largest inventories in the Southwest." 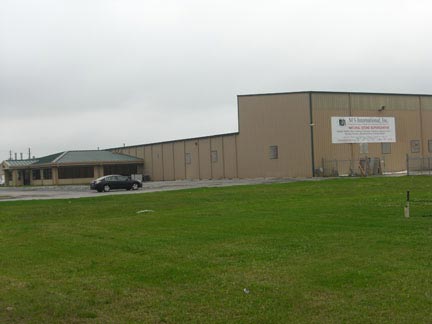 M S International, Inc., founded in 1975, is a leading distributor of natural stone in North America. Headquartered in Orange, California, MSI also maintains distribution centers in New Jersey, Atlanta, Chicago, Dallas, Phoenix, Boston and Maryland. MSI also maintains international offices in Brazil, China, India and Turkey. MSI's product line includes granite, slate, marble, travertine, sandstone, limestone and other natural stone products imported from over 35 countries on six continents. In addition, MSI carries a full line of porcelain, ceramic and quartz surfaces. The company services a nationwide customer base, which includes leading retailers and wholesalers of natural stone. With a workforce of highly experienced, enthusiastic and customer driven employees, MSI strives to accomplish the vision of "being the world's premier distributor of natural stone." More information on MSI can be found on the web at msisurfaces.com.