Are you looking for a budget-friendly, durable, and versatile floor or wall tile? Porcelain tile just may be the solution you’ve been searching for. Super-fine porcelain clay is fired at a high temperature to create a dense, tough, durable, and beautiful tile that is perfect for high-traffic areas and outdoor spaces. Porcelain tiles are available in a variety of finishes including textured to resemble natural stone, contemporary patterns, wood-look planks, and more.

The terms “ceramic tile” and “porcelain tile” are often used interchangeably, but when shopping for the ideal product for your project, it is imperative that you understand the differences to ensure the best results.

Ceramic tile is made from a mixture of clay, minerals, and water that is then baked (fired) to create a solid product that remains porous. After firing, the design, texture, and color are applied to the surface, and then it is glazed to protect the integrity of the tile and keep it from absorbing moisture. Ceramic tiles are most often recommended for interior projects in homes.

Porcelain tile is also made from clay, sand, minerals, and water, but it is fired at an extremely high temperature, while the porcelain mixture is under pressure resulting in a very dense material with a water absorption rate of less than 0.5%. The density of porcelain tile allows for it to be used in both residential and commercial properties, and porcelain tile is an outstanding choice for exterior installations including pool decks, outdoor kitchens, and more.

Tile has transformed living spaces into extraordinary works of art since ancient times. Early Egyptians first began using tiles as a way to enhance architecture. The living quarters of affluent families and the tombs of honored pharaohs were adorned with handcrafted tiles made of stone and clay.

The use of tile transmitted to other civilizations in the Middle East. Tile art is seen on ancient Islamic mosques and depicted in early Christian scriptures. By the 13 century European cathedrals began installing hand crafted tiles on their floors, and wealthy families began enhancing public and private spaces with glazed tiles.

As the industry flourished, the art of using tile became a rite of passage for the prosperous. Aspiring families often attempted to emulate the intricate designs and textures in their own hand crafted design. The Industrial Revolution contributed to the success of the tile trade in Europe and brought the benefits of tile to the masses. The tradition of using tile as a decorative building material quickly became a custom that people around the world adopted. 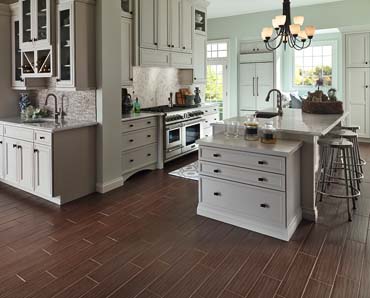 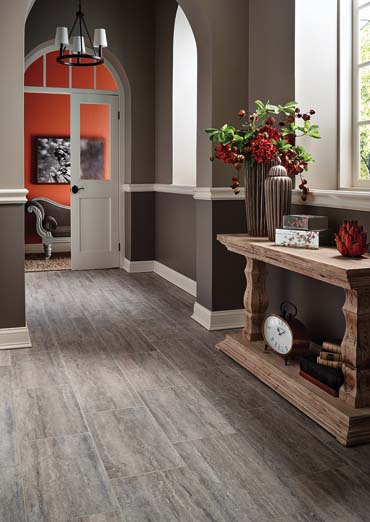