Romancing the Stone: Monuments That Stand The Test of Time

Thousands of years ago, natural stone was not simply an option among other materials for building monuments. As a material that would stand up to the elements and honor what it was intended to honor for centuries to come, natural stones like granite, limestone, and marble were actually the only options. Today, we have access to a variety of long-lasting, manmade building materials, and yet real, natural stone continues to be the traditional material of choice to show respect and reverence to our fallen heroes and leaders, as it is a symbol of something painstakingly created over time and rooted in our very foundation.

Let’s take a look at five monuments from history (in order of earliest to most recent) that showcase natural stones and exemplify the meaning of beauty and endurance:

#1 – The Egyptian Pyramids (Nile Valley; 2630 BC to 2250 BC; limestone)- One of the earliest, most impressive uses of natural stone comes to us from an ancient world, more than four thousand years ago, when the Egyptians used limestone to honor fallen pharaohs and to entomb their souls, which they believed to remain with the body and need be protected. Some believe the shape of the pyramids were influenced by early tombs, which were carved into bedrock and topped with dirt, making a pyramid-like shape; others believe the shape was sculpted to resemble the benben, a sacred, pointed stone that was greatly symbolic to the Egyptians.

Though the design and positioning of the pyramids by ancient architects is mysterious and greatly theorized about, we know the effort to build them is something we can still marvel over today – it is believed it took more than 30,000 workers and over 80 years to erect the pyramids at Giza, using the flooded waters of the River Nile to float huge limestone blocks from quarries directly to the building sites. Each massive stone would have been smoothed by hand and moved into place by intricate ramps and pullies.

The limestone monuments have endured and today they astound visitors and inspire their curiosity, continuing a tradition of honor to the pharaohs of the past, an achievement surely impossible had the Egyptians chosen wood or dirt rather than stone as their building material! 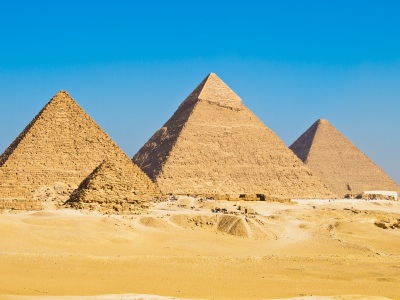 #2 – The Taj Mahal (Agra India; 1632 AD – 1658 AD; marble and precious stones) – One of the new Seven Wonders of the World, (the Great Pyramid of Giza is one of the original wonders), the Taj Mahal, like the pyramids, took decades to erect and was likewise constructed to honor a ruler and serve as a tomb. It was commissioned by the Emperor Shah Jahan as a magnificent and permanent eulogy to his wife, Mumtaz Mahal, who died after giving birth to their 14th child at the age of 39. In his grief, the emperor declared that he would build a monument to his great love that the world had never seen – it took 20,000 workers, including stonecutters, marble cutters, carvers, and architects, and 26 years, but his goal was realized.

“Built of white marble brought from Makrana in Rajasthan, the Taj Mahal appears different at different times of day and during the changing seasons. The color of the sky is reflected by the white marble, and the rays of the sun give it an almost ethereal appearance. The sight of the Taj Mahal on a full moon night is an enchanting experience. When seen from Agra Fort across the Yamuna River on a foggy morning, the Taj Mahal appears like a fairytale castle floating on a soft carpet of air.”

The Taj Mahal stands as a testament to the love of an emperor for his wife. (And as his resting place as well - the emperor was later buried below the Taj Mahal alongside Mumtaz Mahal.) The monument and mosque is visited by millions of tourists every year who enjoy this extraordinary example of marble craftsmanship. 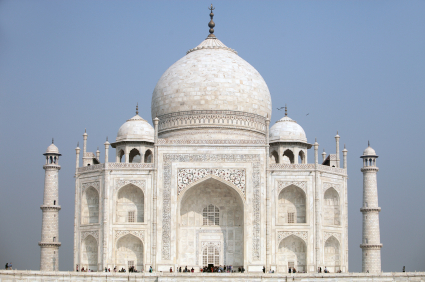 #3 – Mount Rushmore National Monument (South Dakota Black Hills, 1927 AD – 1941AD) – From the dedication of the mountain to the work’s completion, it took 14 years to carve a monument to four of our past presidents out of the granite face of a mountain.

In large part, it was politics and permissions to do the carvings that claimed the largest part of the fourteen-year project; however, it also took nearly 400 men and women to do this dangerous work during the Great Depression. They climbed 700 stairs each day to punch their timecards and then were lowered by steel cables over the front to chip, chisel, and jackhammer the faces of Abraham Lincoln (16th president), George Washington (1st president), Thomas Jefferson (3rd president), and Theodore Roosevelt (26th president) from the stone.

Though not a wonder of the world, the National Monument at Mount Rushmore is a salute to democracy and to four revered U.S. presidents, and is an international destination and attraction to nearly 3 million people per year. It is also a beautiful example of unpolished granite that captures light and shows its workmanship in stark relief, and stands as a symbol, its everlasting stone formed in South Dakota’s Black Hills before there were geographical divides between nations. 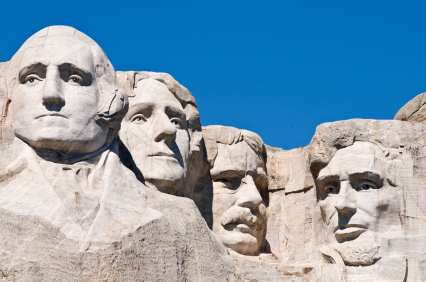 The design of the wall memorial was determined by a national contest, and included four key requirements:

1. Be reflective and contemplative in character;

2. Harmonize with its surroundings;
3. Contain the names of those who had died in the conflict or who were still missing;

4. Make no political statement about the war.

The winning design, a wall of highly polished black granite, was certainly reflective in nature, and as a natural stone, easily harmonized with its surroundings. Not only is the monument a part of our U.S. history, but it is also a part of MSI’s history – we were proud to be the supplier of the black granite. The granite came from India, one of the few places in the world where black granite could be found in such large blocks. 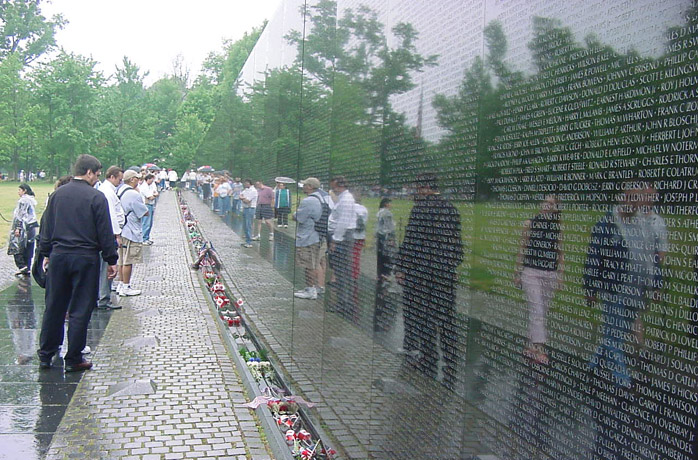 #5 – Martin Luther King Jr. Memorial (2011) – When building today’s historical landmarks and monuments, it makes sense to draw upon traditional ideas, including selection of materials that have proven they will withstand the test of time. It is no mystery then why solid, unpolished granite was chosen for the most recent construction on this list – the MLK Jr. Memorial in Washington, D.C..

Though the construction of this stone monument itself did not take the decades it took for the pyramids or the Taj Mahal, it did take decades to come to light - from the time of Dr. King’s leadership to the time he was honored with a memorial, it was 48 years. In fact, the dedication of the memorial was on August 28, 2011, the 48th anniversary of King’s historic march on Washington. It stands as a symbol of civil rights for all citizens of the world.   Using natural elements, such as the crescent-shaped-stone wall inscribed with excerpts of his sermons and public addresses, the monument was intended to serve as “the living testaments of his vision of America”. The 30-foot centerpiece of the memorial is called the “Stone of Hope” and features a likeness of Dr. King.

With all of the innovative, man-made materials available today, it is easy to forget the majesty and importance of natural stone in our ancient and modern traditions. From the limestone pyramids and marble Taj Mahal to the granite reliefs of Mount Rushmore and the MLK Jr. “Stone of Hope” – and our own contribution to the black granite Vietnam Wall – whether polished or unpolished, sculpted at its original location or transported by its dedicated crafters, natural stone is a symbol of endurance, tribute, and formality, fully justifying our timeless romanticism with it. 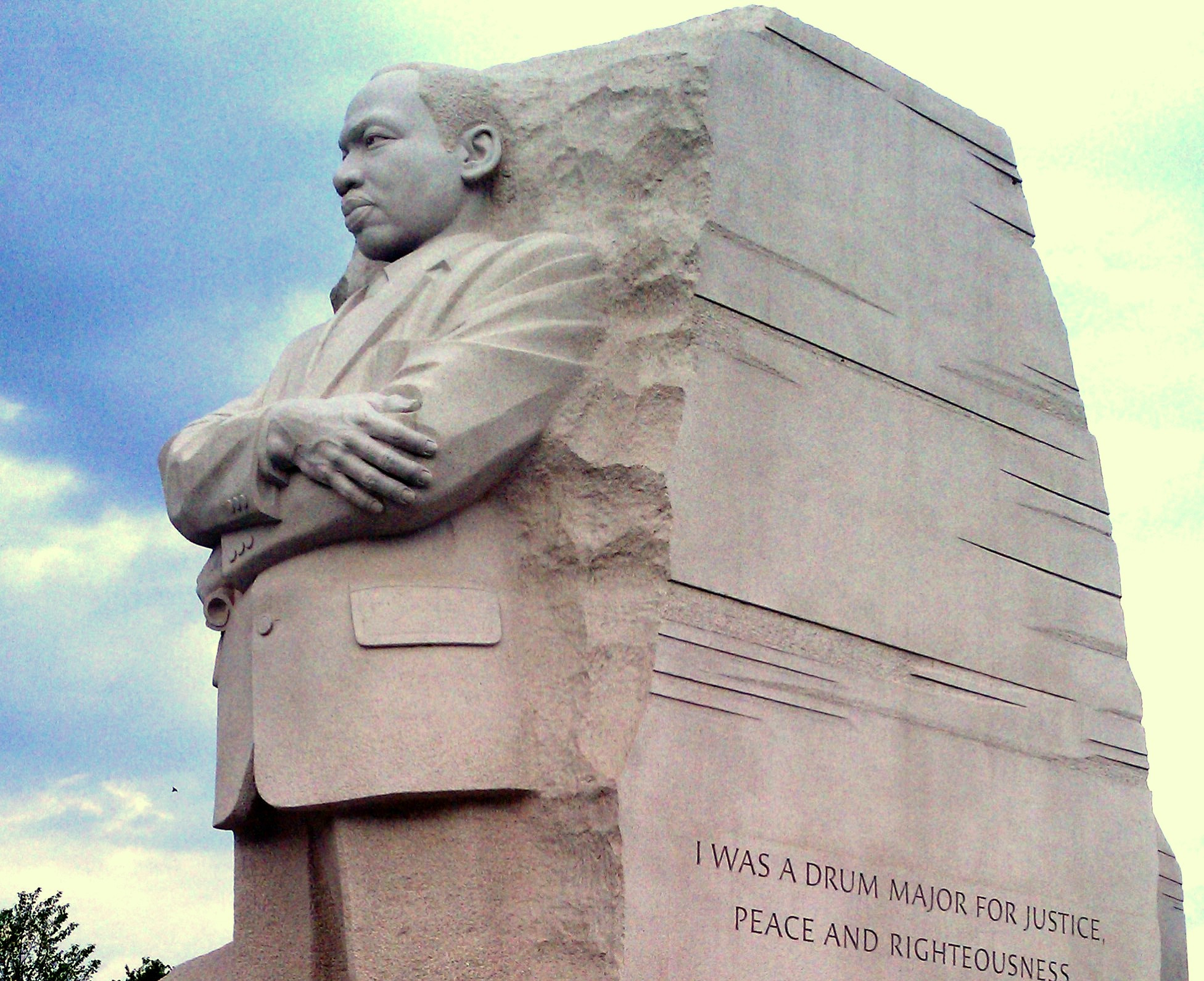 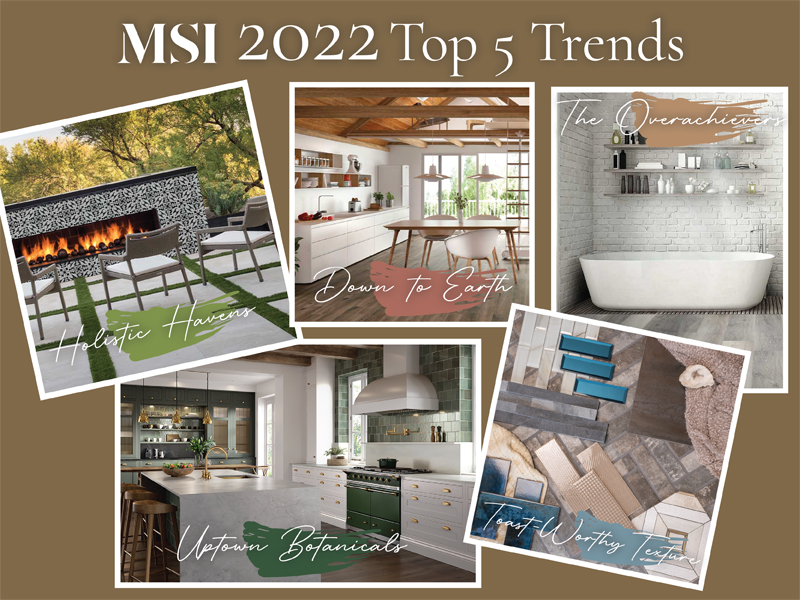 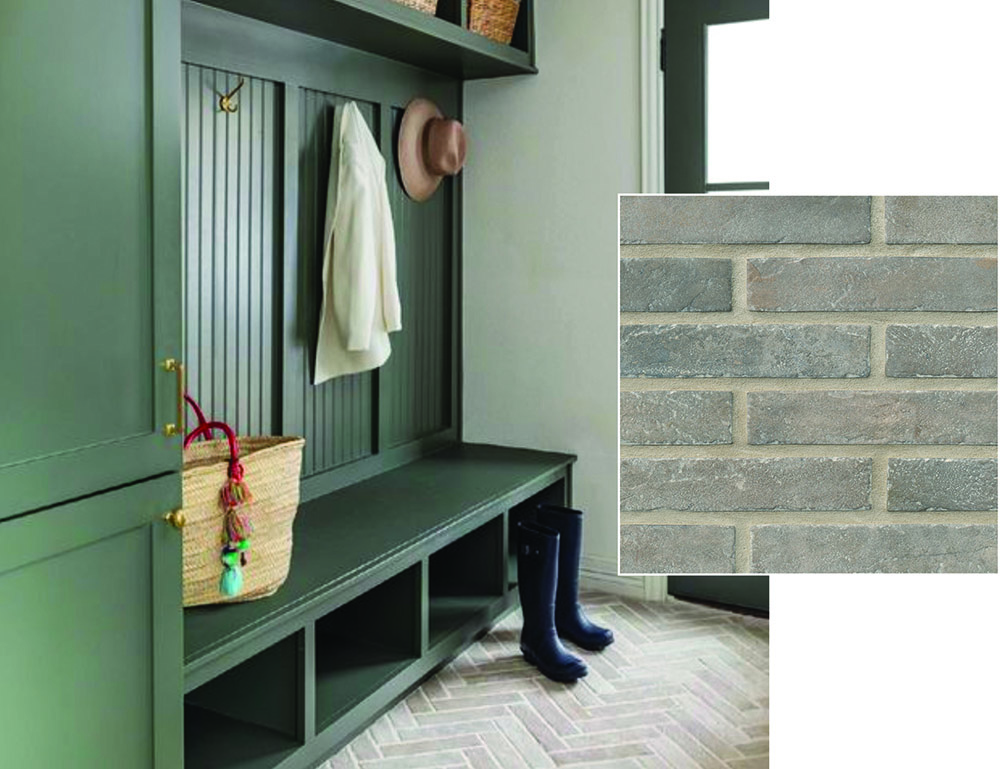